We’re delighted to bring back our After school clubs at St Josephs.

We are delivering fun Multi Sports sessions after school to give children lots of different sporting experiences. We’ll get them moving and smiling.

We’re working in the same bubbles as the school and we’ve made the necessary Covid19 adaptations to keep everyone safe and happy.

The clubs run 3.15pm to 4.15pm,  are £36 for the block and must be booked online to guarantee places which are given on a first come first served basis.

Please follow the details sent out to parents and carers in our letters if you would like your child to attend a club. For most sports clubs at lunchtimes, the children can attend these without parent consent.

We are so delighted be able to start our football matches against other schools going again! The Year 5 and 6 boys have been so excited to be able to play together and show off their amazing skills. On Wednesday 7th July, the boys represented St Joseph’s at St Theresa’s Primary School. It was a fantastic game of football. Not only did the boys show team work, determination and have lots of fun, they also won the match 7-3! We couldn’t be prouder of the boys. 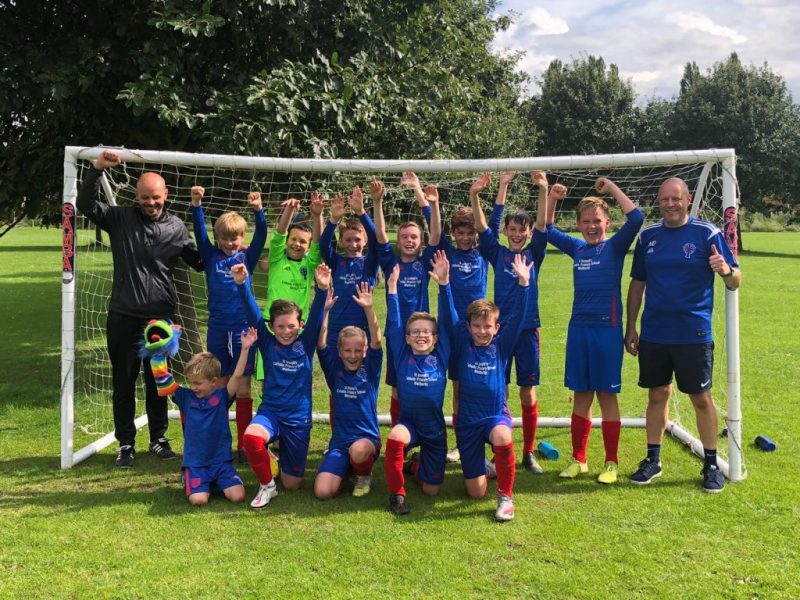 We are very passionate about active learning at St Josephs! We have already fully embedded our Burn2Learn approach at St Joseph’s and now have began a new journey of Tagtiv8. This is a new scheme for us that we are really excited to get started with! The children have all had a taster session with the coach from Tagtiv8 and absolutely loved it! Tagtiv8 is a fun, active way that we can learn right across the curriculum from the core subjects to the non core. We’re now excited to be using this throughout our broad and balanced curriculum at St Josephs! 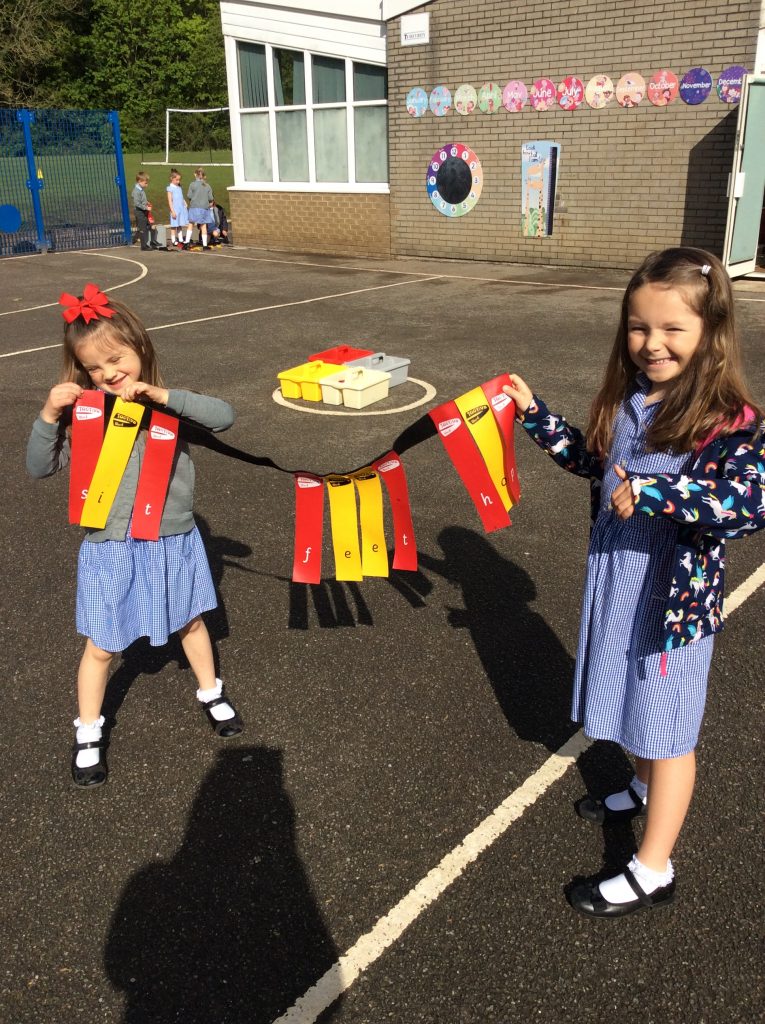 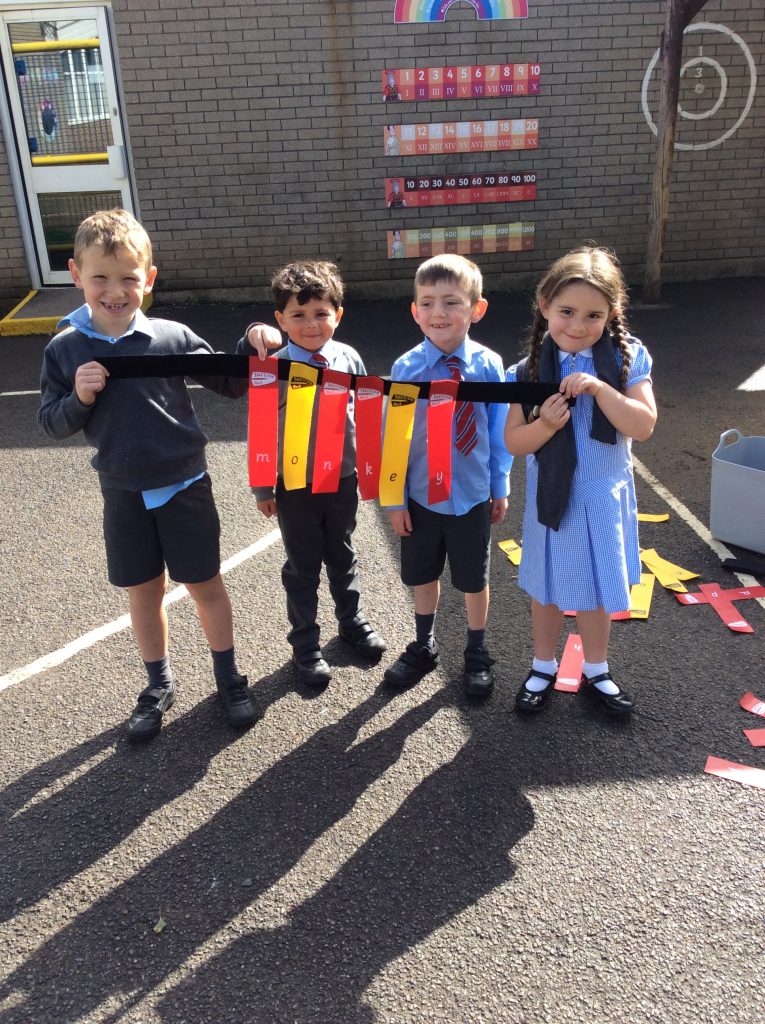 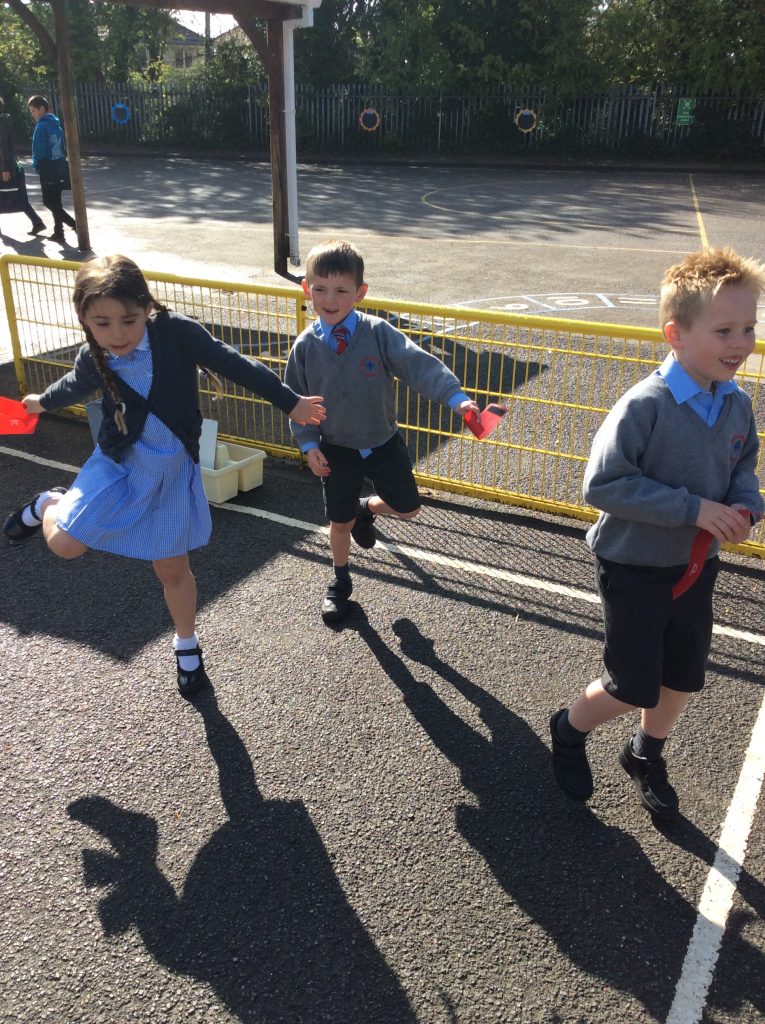 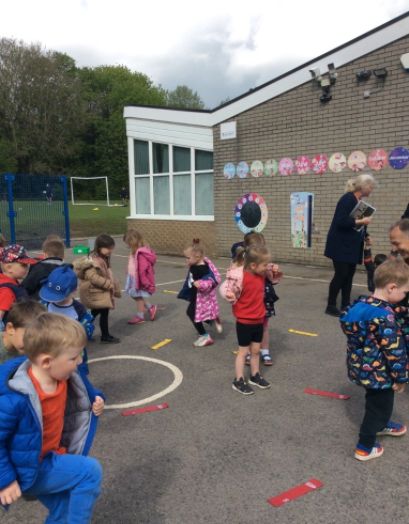 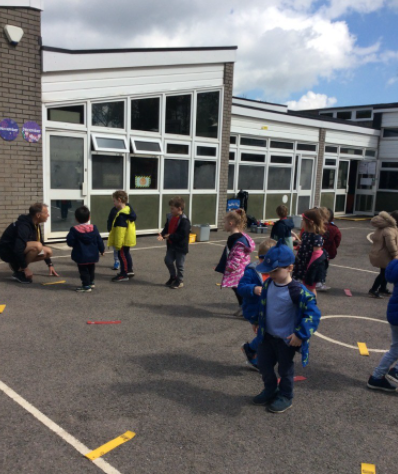 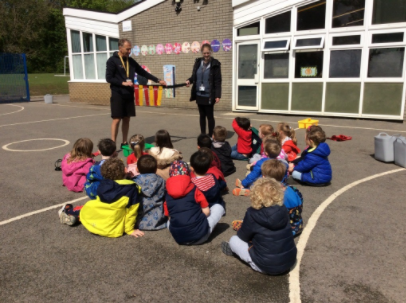 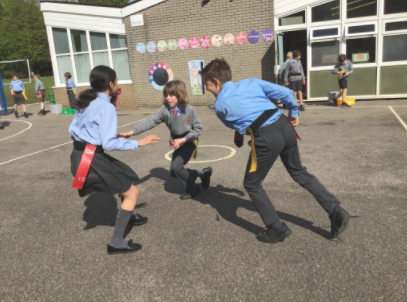 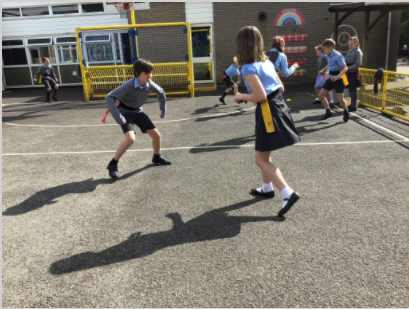 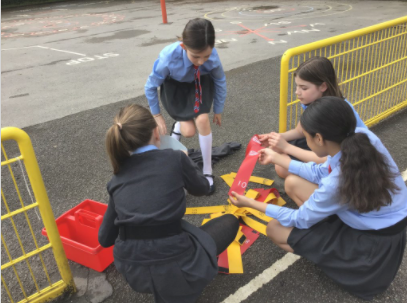 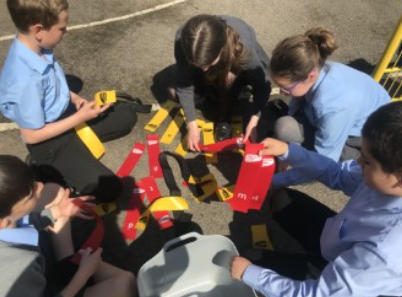 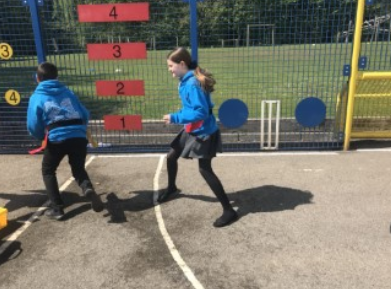 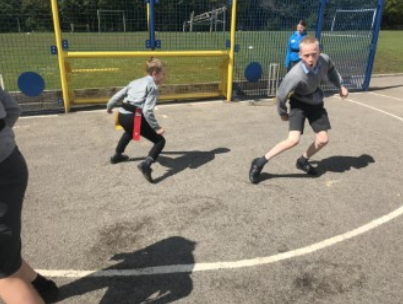 Many of the children at St Joseph’s are involved in sports both in and out of school. If you would like to purchase any of the school’s items of sports clothing please follow the link to our school shop. The items are sold through Pendal Sports and a percentage of all purchases is returned to school to be used on sports equipment.

To visit the school shop please click here. Alternatively, you can copy and paste the link into your own web browser st-josephs-catholic-primary-school.footballkit.co.uk 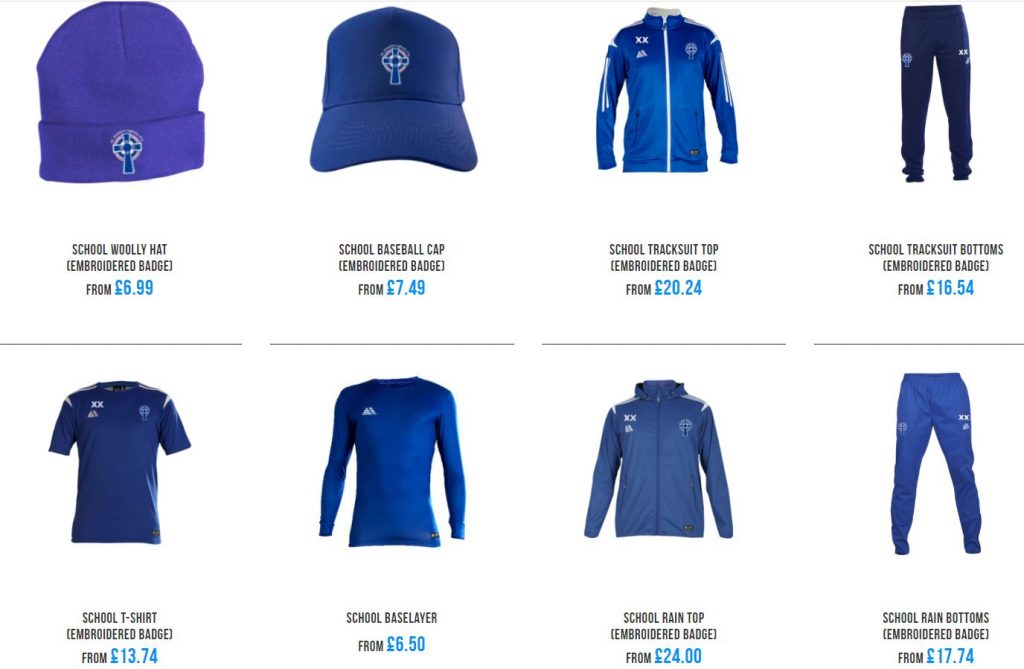 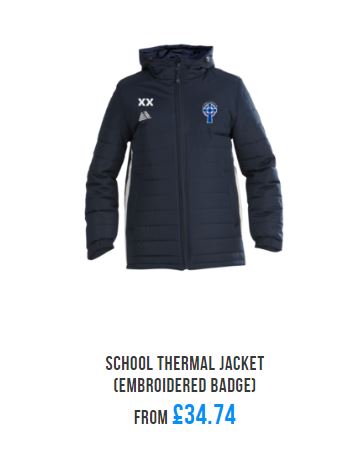 We have been very fortunate to have been provided with a new football kit! The Year 5/6 girls and Year 3/4 have been wearing these wonderful new kits to compete in league games and they certainly look the part! Thank you to those who helped to arrange and sort the kits out for the children, they are fantastic! 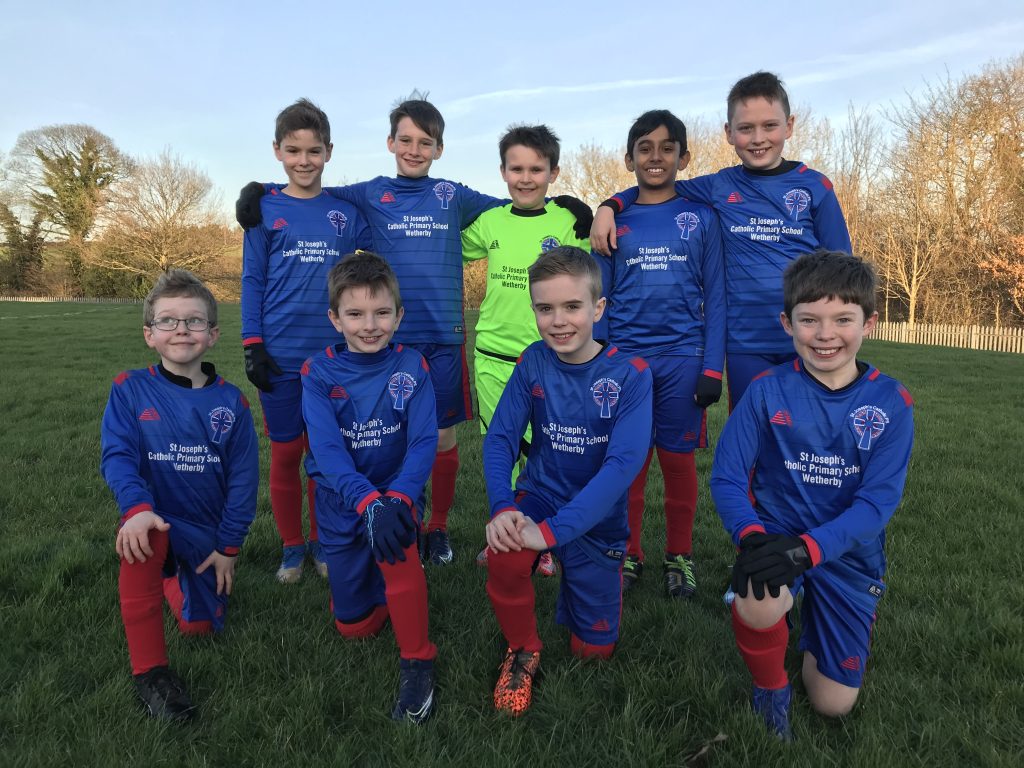 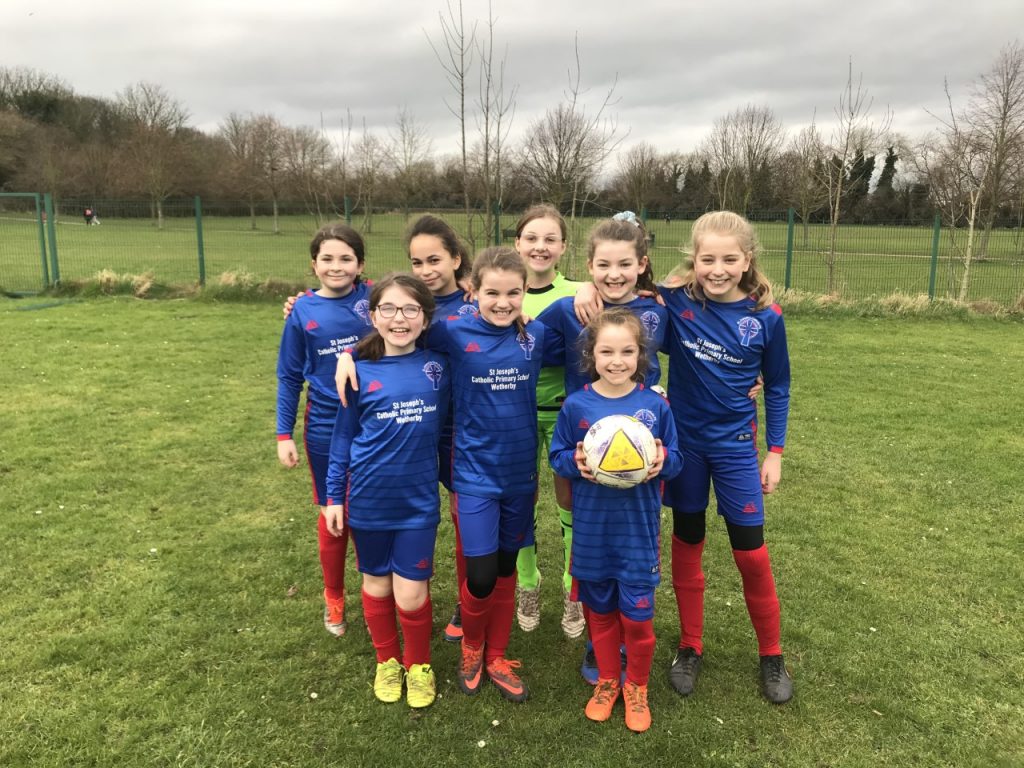 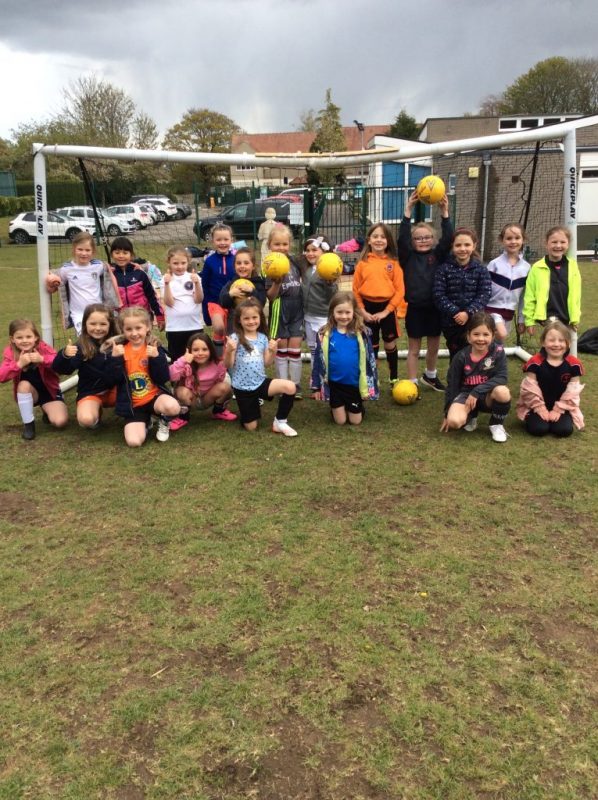 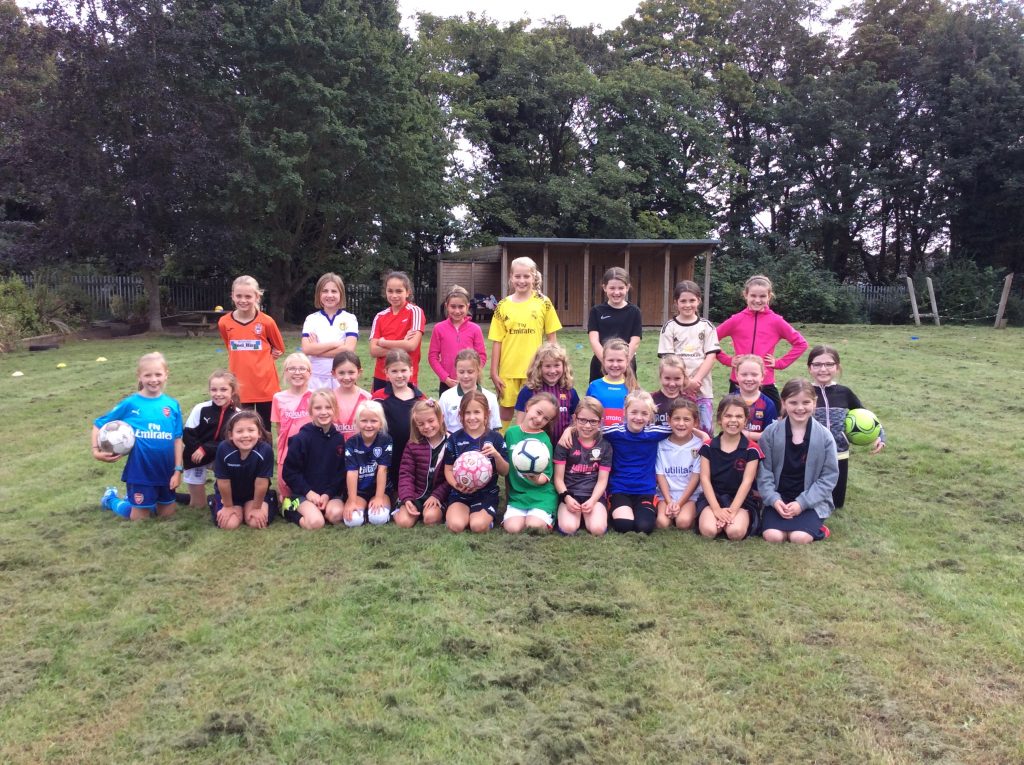 In November, we were visited by a very inspiring individual to work alongside our Year 4 and 5 pupils in a sponsored circuit to raise money for sports equipment. This visitor was Olympic swimmer James Kirkton! The children all gave the circuit their best efforts and worked so hard alongside the athlete. The whole school was alive with support and cheering! After our circuit (and a drink!), James spoke to the children about his career journey and it was inspiring to hear how hard he worked and to hear that anyone can achieve what they want as long as they put their mind too it. Thanks so much to our visitors for coming and working with us and well done to everyone that took part! 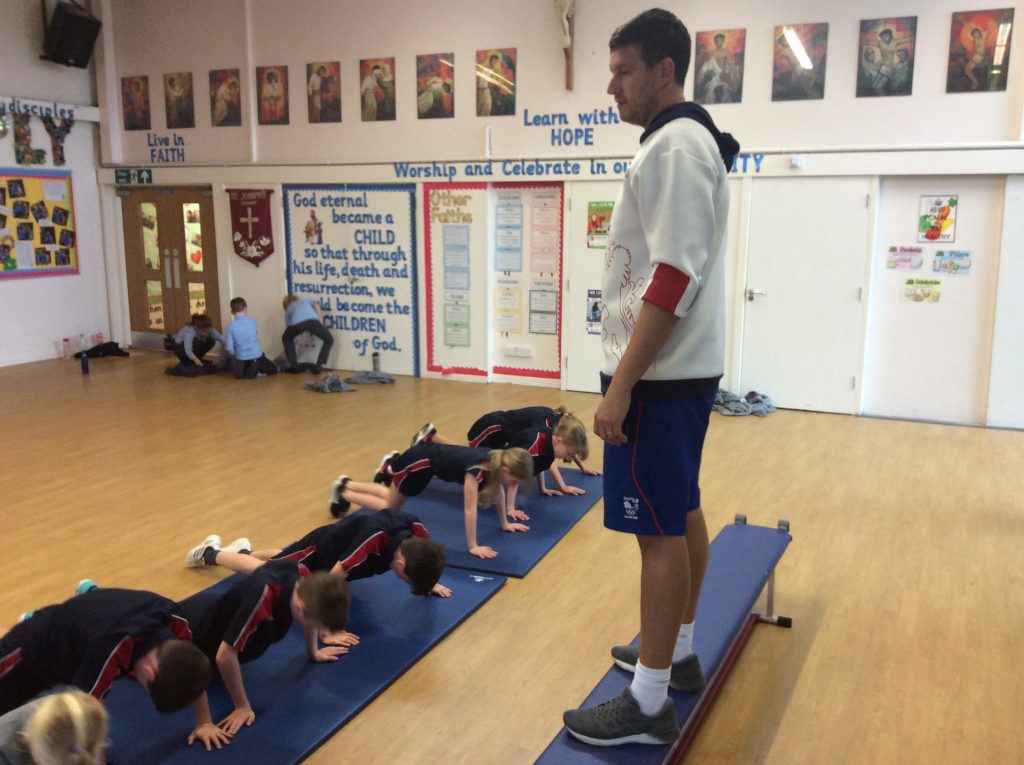 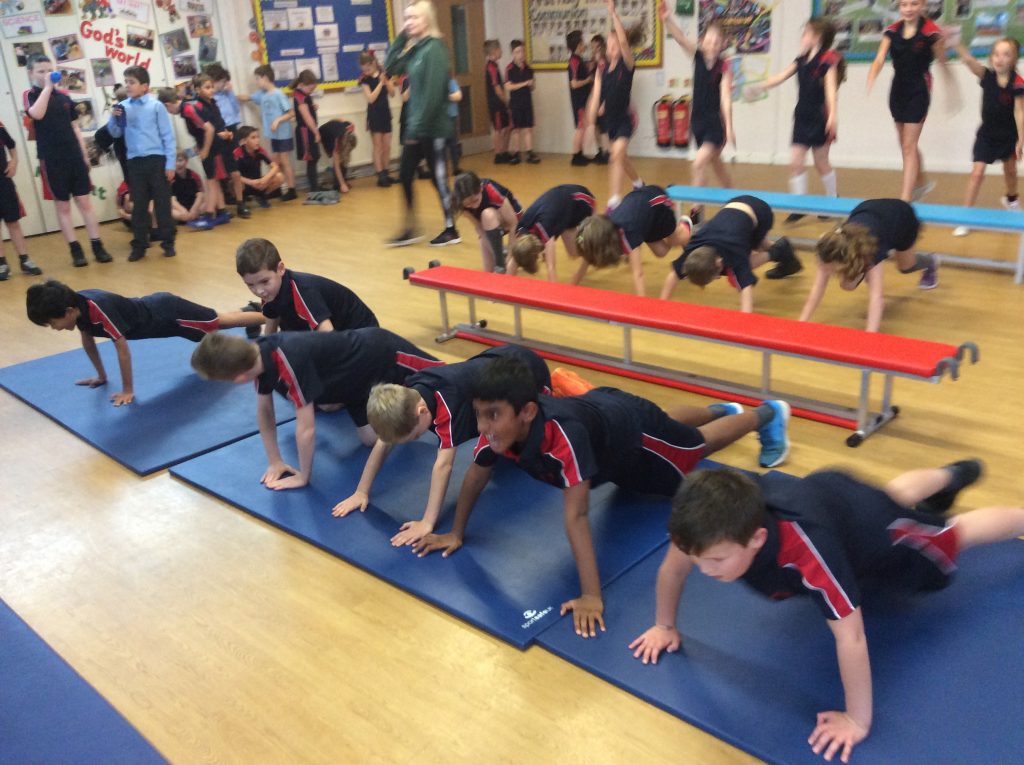 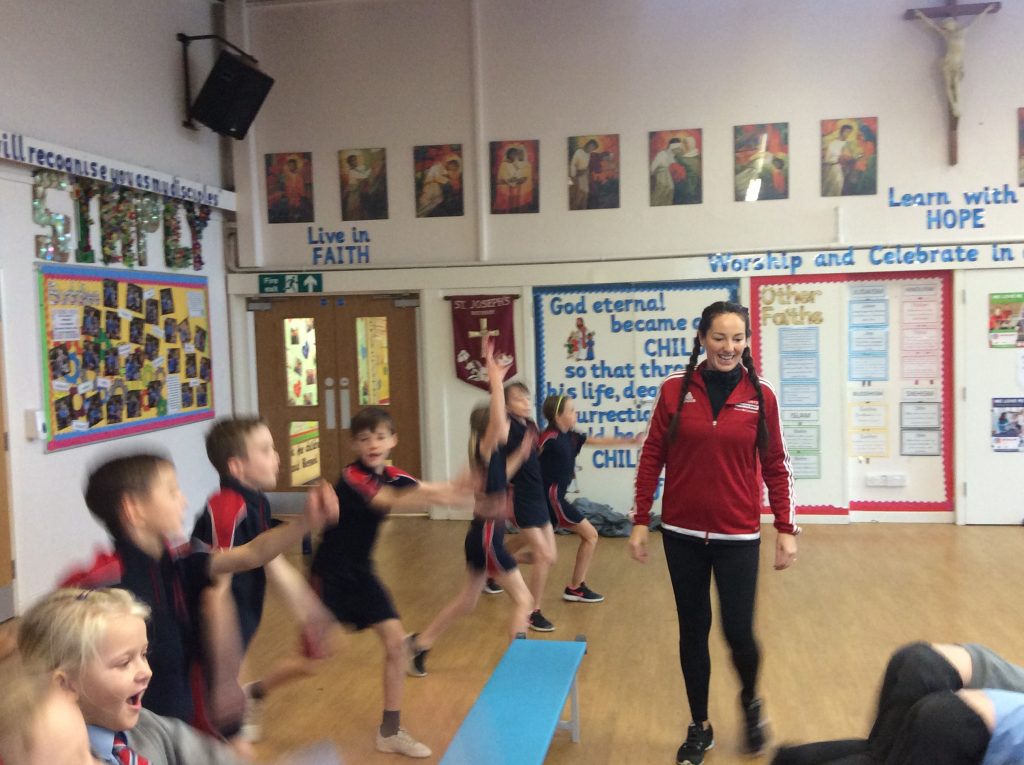 In October, the Year 5 boys football team took part in a 5 a side tournament with other primary schools. The boys were absolutely fantastic! They had fantastic sportsmanship, teamwork and skill which took them straight through to the finals. Unfortunately we just missed out on that winning spot but the boys should still be so proud of themselves and they were winners in our eyes!

In November, it was the turn of the Year 4s to show other schools what St Joseph’s could do! The boys, just like the Year 5s displayed some fantastic football and a huge amount of passion. The boys played well as a team which took them into the final too! In the final, the boys had a rocky start due to nerves but soon got their heads in the game to secure us a 7-2 win! Fantastic boys, well done! 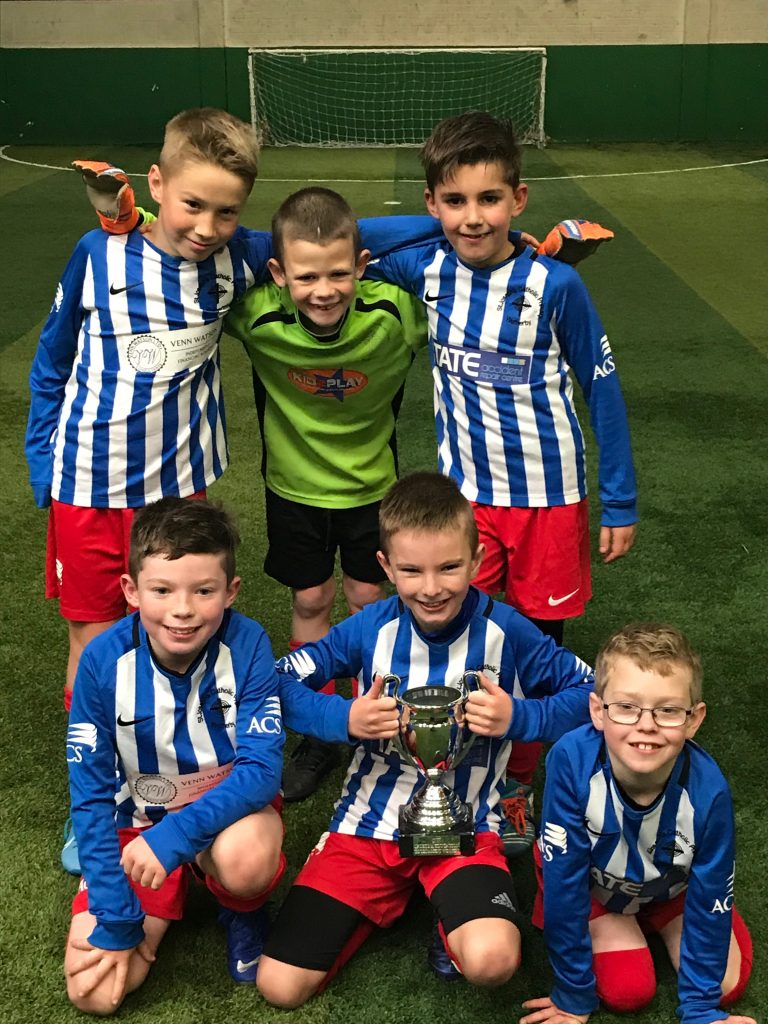 In November, it was the turn of the Year 3 football team. The boys were so excited to be taking part in a tournament and they certainly didn’t disappoint with a staggering 32 goals scored in the whole tournament and only 1 goal conceded! The boys were truly fantastic and deserved to be the winners of their tournament, great job boys! 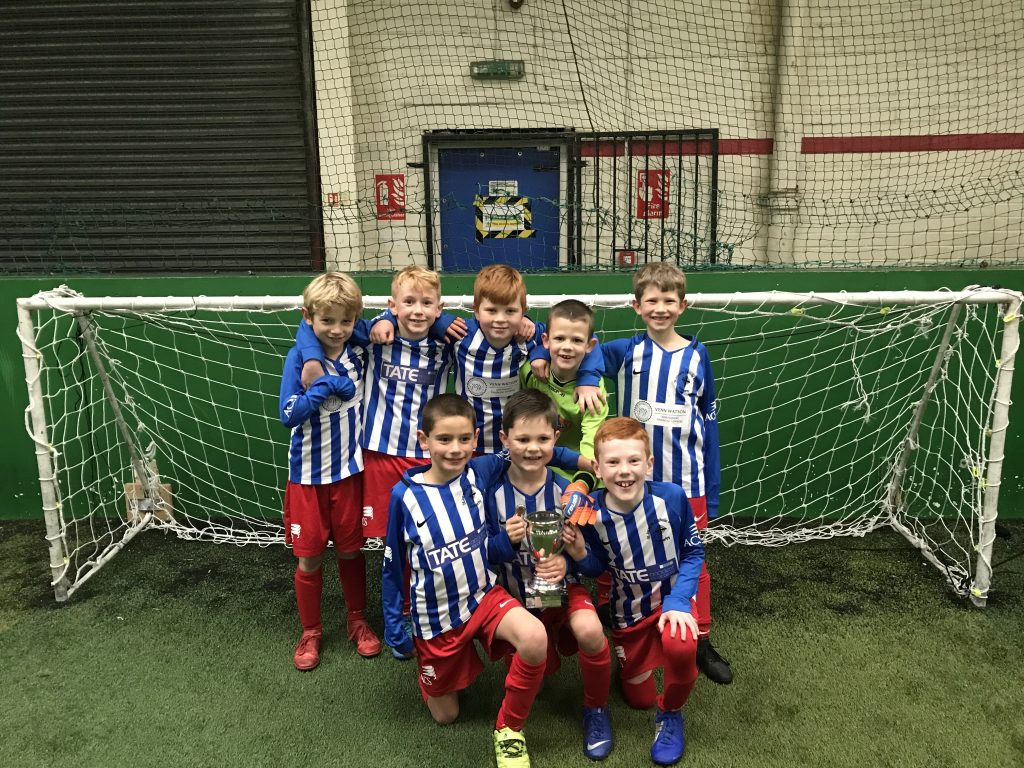 We have been working really hard to collect the stickers for the Aldi Kit for Schools Competition! With each finished sticker chart, we are put into a prize draw with the opportunity to win £20,000 for the school to improve our sports equipment! The school community have been absolutely amazing with this and we managed to complete 5 in total! Keep your fingers crossed for a win and thank you for your continued support! 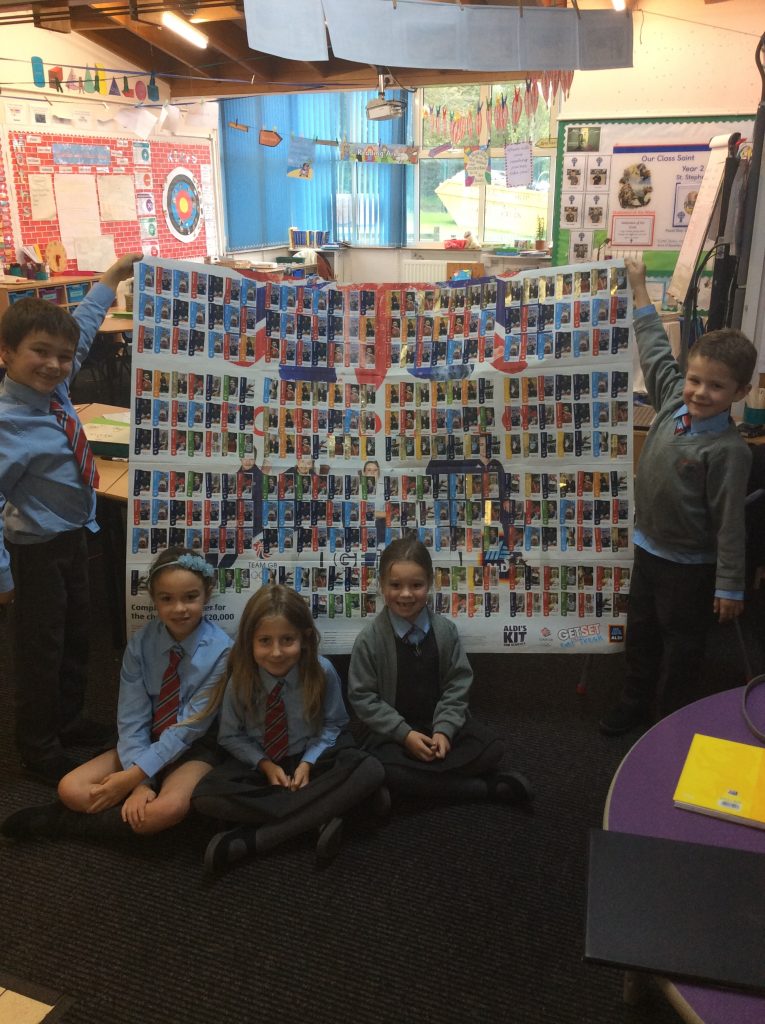 We have been so lucky in school! After applying for some new sports kit to Premier League Stars, we have been successful and have got plenty of new resources to enhance our PE teaching and coaching sessions. Some of this includes: cones, mini goals, footballs, bibs and beanbags. Some of the children helped Miss Mac to have a look at what came when it arrived and we were all very excited. Thank you very much to Premier League Stars, we will definitely be putting it to good use! 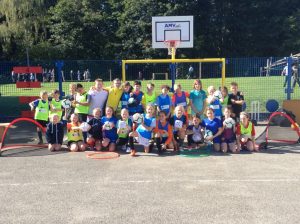